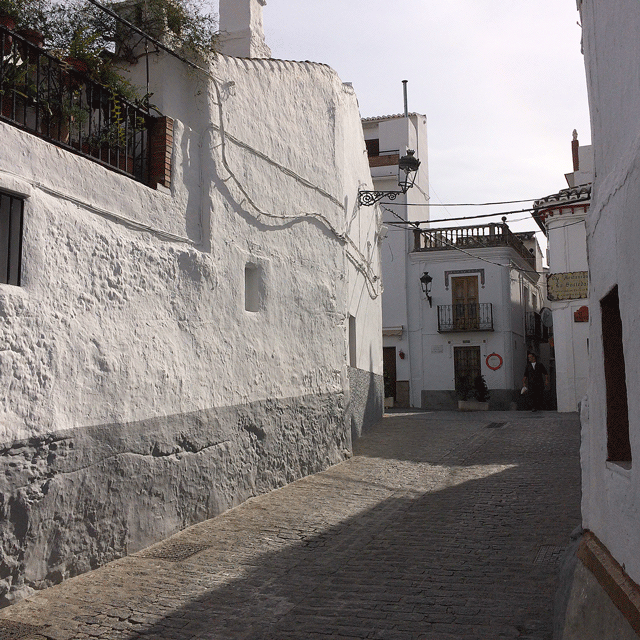 The village in The Netherlands where we used to live really is a village. When you walk around everybody says ‘hello’ or ‘good morning’. That’s the upside. The downside is that people keep a close watch of each other.

On the seaside here in Spain, where we now live, nobody says anything if you’re not a local.
Today’s picture was taken up in the mountains in Canillas de Aceituno, one of the so-called white villages that are typically Andalucian. Here everybody you encounter on the streets says ola or buenos dias. That’s nice. The downside is that the sidewalks are as littered with dog shit as here on the seaside. So, if you watch people in the eye and say buenos dias, you have to be very careful.