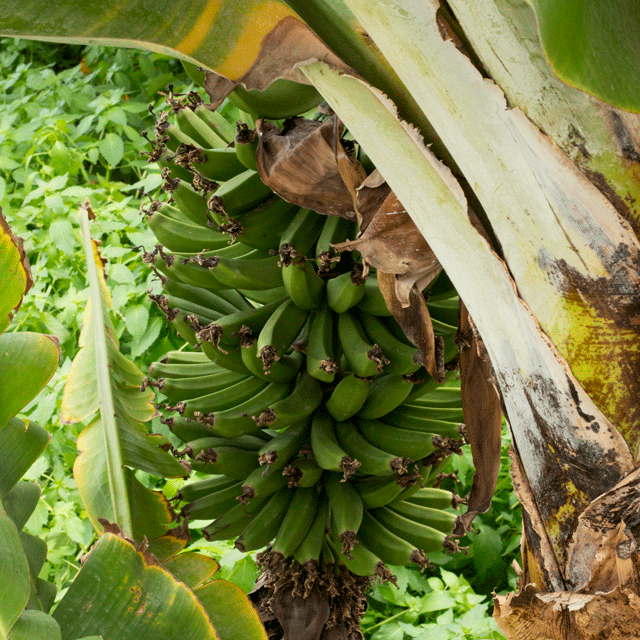 We like bananas. Plátanos they are called in Spain. You can find them in every supermarket or fruit and vegetable shop. Which both can be found in abundance in even the smallest village. Most bananas you buy come either from the Canarias or from Central or South America.

But the bananas on this picture grow in the garden of the house we rent. If you walk through the hills in these surroundings you will find bananatrees in almost every garden.

The history of the cultivation of bananas in Central and South America is not one to be proud of and makes you wonder whether its indeed better to grow them in your own garden.

What only few people know, is that the first multinational in the world was a banana company, the United Fruit Company (UFC), founded in 1899. The company got big by bribing the cooperation of dictators, to oppress unions and to chase away small farmers from their land. Hence the notion banana republic.

Things even got worse. With the support of the Eisenhower government in 1954 the UFC financed rebels who chased away the democratically elected government of Guatemala. The fruits of the civil war that lasted until 1996 where over 100.000 people killed.