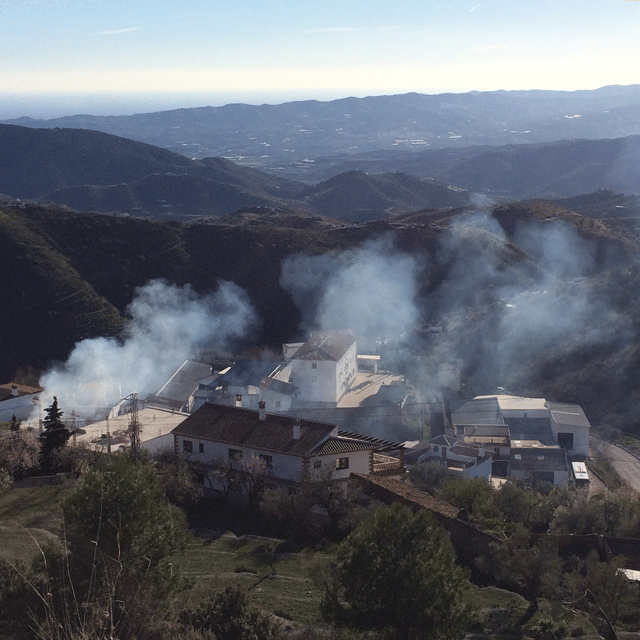 In winter the nights here up in the hills are cold. During the daytime inside the houses it’s as cold. So, what you would expect is that all villages are constantly covered in smoke. This is not the case. Apparently the houses are not heated with woodfires. Butane gas stoves and electric heaters, such as we have in the house where we stay, are more likely.

Occasionally though huge clouds of smoke fill the valleys, such as in the picture. If you look beyond at the same time it’s as if other villages respond with smoke signals of their own. Like Indians, or yodeling Austrians, they seem to communicate secret messages.

However, it’s more likely they burn garden and harvest residue. Anyway, it gives a good impression of how it must have been in these villages during the days before gas stoves and electric heaters existed.