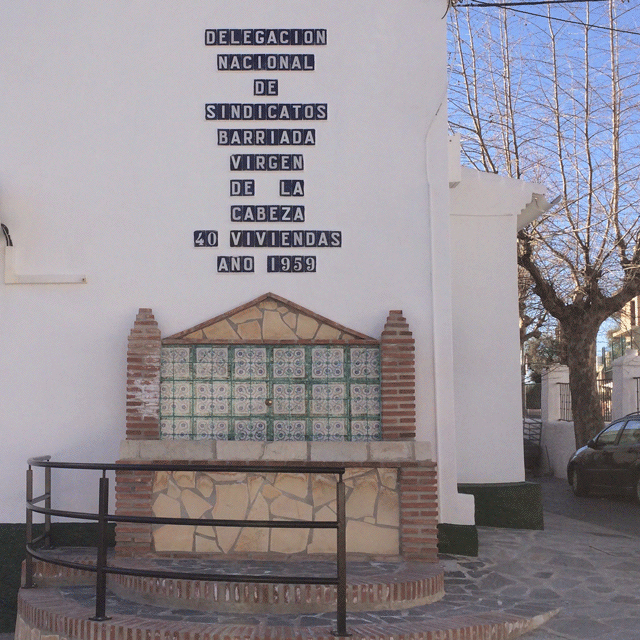 On November 27, 1959, Pope John XXIII declared the Virgen de la Cabeza patroness of the diocese of Jaén. Jaén is a city situated in the Andújar Mountains, a two hour drive by car north from the village where we now live.

But probably there is no link with the reference on this picture to the 40 houses that where delivered here in 1959 by the Delegacion Nacional de Sindicatos. The project was called Barriada Virgen de la Cabeza. Probably signifying this small neigbourhood of Canillas de Aceituno. It was a social housing project and part of the third fase of a nation wide plan of the dictatorial Franco regime to build cheap houses and houses with a low rent. The houses were meant to improve the living conditions of laborers and their families.

What Franco probably didn’t realize, was that the idea for these kind of projects and houses came from Bauhaus architects, such as Mies van der Rohe and Walter Gropius. Spanish architects who were responsible for these projects were also inspired by Dutch architects such as Berlage, Staal en J.J.P. Oud.