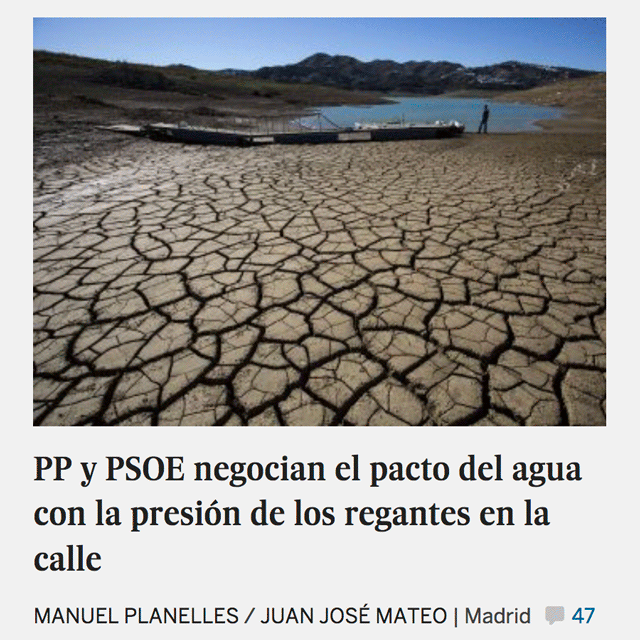 Today the Spanish daily newspaper El Pais posted a message on its website about negociations on a water treaty between the countries two biggest political parties – the Partido Popular (PP) and the Partido Socialista Obrero Español (PSOE). Next wednesday (the 7th), thousands of farmers from Alicante, Murcia and Almeria will protest at the department of agriculture in Madrid against their lack of water.

The treaty between the PP and the PSOE should satisfy the interested parties. The problem is that within each political party there are opposing factions. It’s no surprise that the lines of dissent are drawn between provinces with and without water.

Twice we already walked along the reservoir of La Viñuela (Malaga) which you see in the picture above. Last week the weather was nice and the lake empty. Today, during a short dry period in between relentless showers of rain during the past 72 hours, we walked in the opposite direction along the lake. The road was soaked, but the lake appeared as empty as before. However, one thing was different. The color of the water had changed, from light blue-green to a dirty brown or beige.