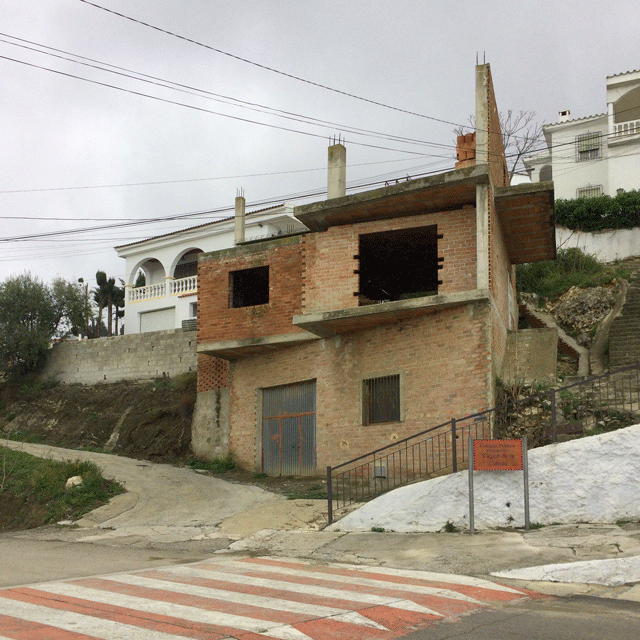 There has been a time in Spain people could build where they wanted. Two concurring developments ended this: the financial and economic crisis which started in 2007 and anti-corroptiun actions. Probably the crisis came first.

The problem is that many a project couldn’t be finished because of a lack of finances or because of indictments that stopped the building process. Anyway, in both cases what remained where half products. Carcasses of buildings. You will find them in every village and city, no matter how small or big.

Now the economy recovers, the question is: why do they not pick up where they left? The answer is twofold. Many people invested their money in new housing projects, so they have nothing left to end what they started. The houses that are under indictment have to be torn down, but nobody is going to pay for that, besides it will take legal procedures which in Spain can take years.

The best way to value these carcasses is by upgrading them to historically interesting sites that remind us of other stirring times which impart us with valuable lessons. I’m convinced that every site has a captivating story to tell.