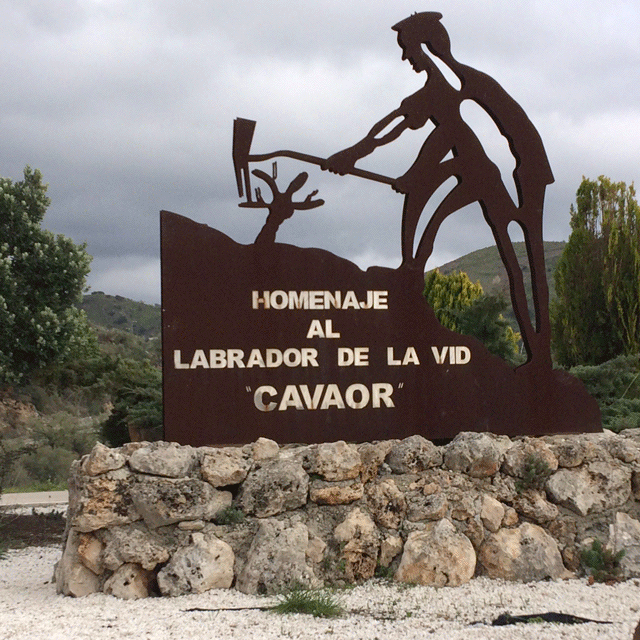 Although I haven’t seen any vineyards in the area, at the end of the village, in the middle of a roundabout, there is a metal statue honouring (homenaje) the farmer (labrador) who works vineyards (vid cavaor). Perhaps it’s because of the lack of vineyards that the word cavaor is written in between quotation marks.

Other remarkable features are that this labrador is fully dressed, wears a cap and is depicted as actually working. Whereas the labrador which is honoured with a bronze statue in Lopera (Jaén), only wears boots, trousers and a belt and looks like a Roman statue, which means he is just doing nothing but showing off his six pack.