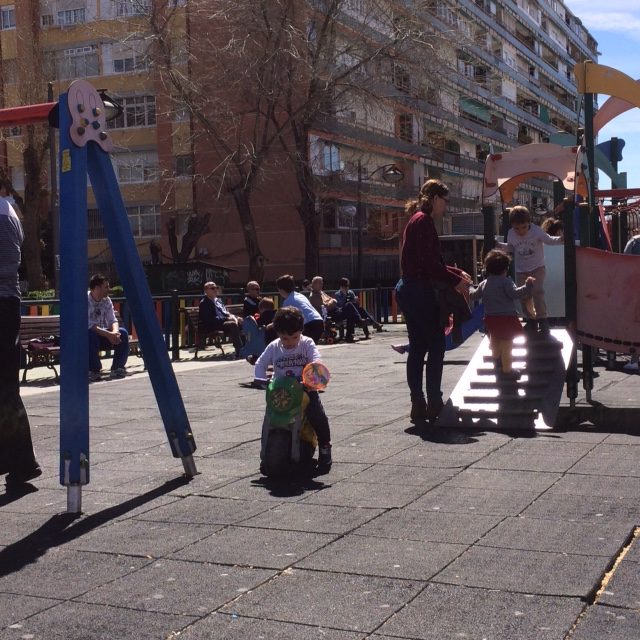 Zarzaquemada is a densily populated district in the city of Leganés. It has been build in the Seventies of the last century and consists mainly of uniform apartment blocks. Several parks line the district and between the apartment blocks you can find childrens’ playgrounds such as in the picture. As soon as the sun comes out and the children don’t go to the guarderia (childrens care centre) or to la escuela (the school) they gather there. Usually accompanied by their mother or grandparants.

Zarzaquemada is surrounded by highways and very well equipped with public transport. Busses circle the district and connect it with the important sites of the city and beyond. There is a metro line connecting the city with other suburbs of Madrid and there are several Renfe stations in the city (Red Nacional de los Ferrocarriles Españoles, National Network of Spanish Railways – owned by the national state).

The Renfe station of Zarzaquemada connects the district in twenty minutes with one of the main stations of the city centre of Madrid: Atocha. From there in several minutes on foot you will find the Retiro park, with its botanic garden and the museum district (Reina Sofia, Prado, Thyssen-Bornemisza).