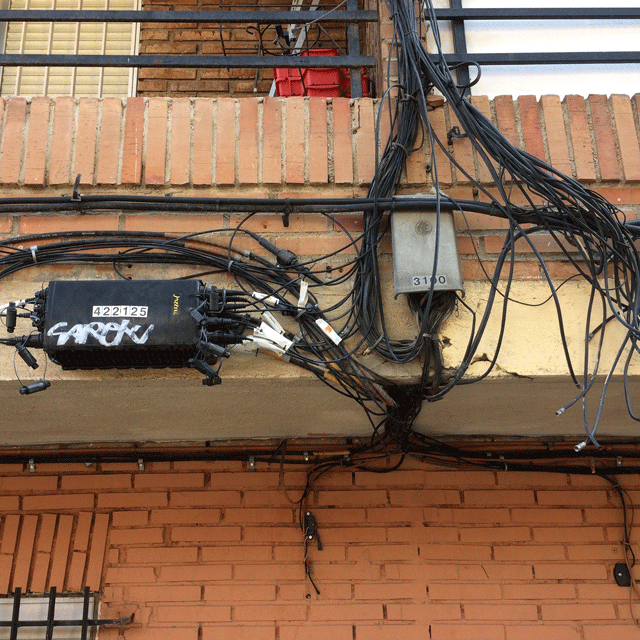 From the very young to the oldest, there is no Spaniard who can live without a mobile phone. On the street they keep the phone in front of their mouth, the sound on speaker mode. So as everybody can follow the conversation. Or, like secret service agents, they wear earplugs and a white cord slapdashes in front of their jacket.

Perhaps this explains for the wires you see everywhere hanging outside the houses. It’s the way it’s supposed to be. People like their cables slapdashing on the outside.

But probably, it’s a bit more complicated. The apartment buildings you see on the picture were build in de Seventies of the last century. Which explains for the tv-cables you can see. Cable-tv did not came into fashion in Europe after the Eighties. In Spain perhaps just a decade later. So to put the cables on the outside was just a smart move.

But these are coaxial cables. That’s why they are dangling whithout going anywhere. All coaxial cables in the big cities in Spain have been replaced by fiber-optic ones. Although replaced is perhaps the wrong word. It’s like evolution, new systems are added on the remnants of the old disfunctional systems.