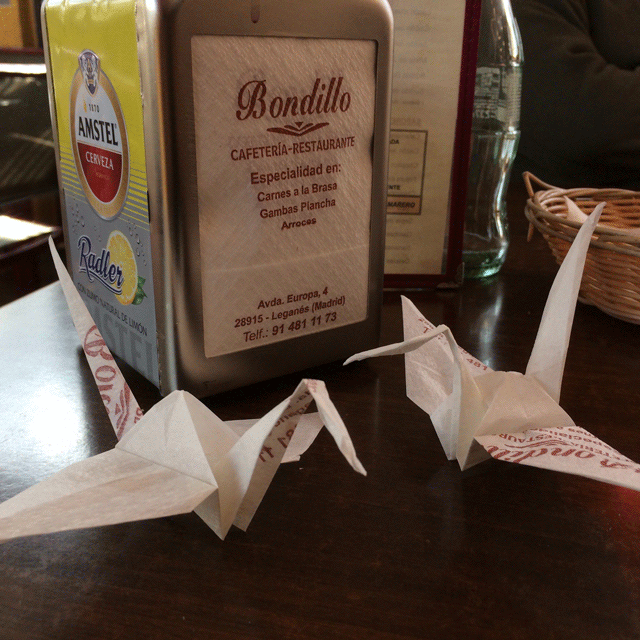 In lots of the western countries Friday the 13th is considered an unlucky day. Except for Spain where Tuesday the 13th has that meaning. So probably that’s why the waiter didn’t get the intention of my cranes that I made for him from the napkins.

I intend to give away 1.000 cranes that I folded myself. To make it more difficult the receivers have to be people I somehow know. So the idea of a friend of us who suggested I should stand on a crossroad and give them to whoever passes is not valid.

At the moment the counter is at 135. A long, but interesting way to go.