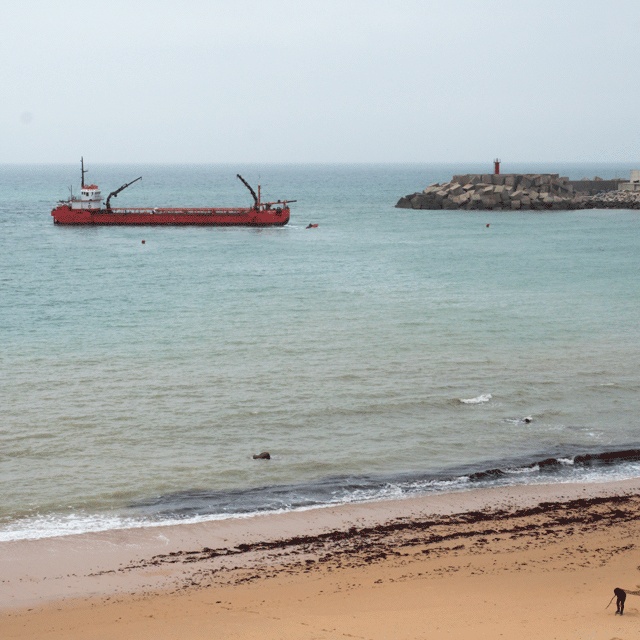 On the upper right in this picture you see the pier of the Puerto de Conil (the harbour of Conil de la Frontera). It’s mainly a harbour for fishing boats. On the bottom is the beach Calla de Aceite (which Google translates ‘roughly’ as “shut up of oil”, no idea what that could signify).

However, the main feature in this picture is the red boat. It’s a Trailing Suction Hopper Dredger (TSHD). The last storm might have brought a lot of sand into the harbour and made it risky to enter or difficult to leave. As the harbour is the ‘bread and butter’ of the fishermen, the TSHD guarantees they can put to sea.

The TSHD sucks away the sand from the bottom of the harbour and ‘rainbows’ it a few kilometers away on the coast. Perhaps to return the sand to the same beach from where it eroded into the harbour. There is probably little risk involved in this, since the sand is rather clean and the fauna en flora of the sea bottom will allready have suffered from the power of the storm.