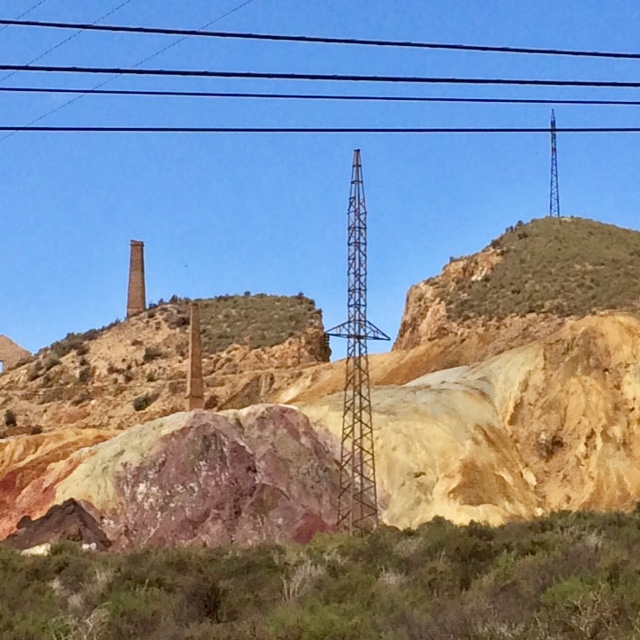 Today we went on foot to the village of Mazarron. The weather was nice. Some sun, some clouds. Nice temperature.

If you’re on foot you have all the time to admire the environment. For instance, flora – some olive and fig trees – and fauna – two hares. It’s also interesting to wonder whether Mazarron is a village. Perhaps it’s a city, since it has two churches and an open-air market on Saturday morning.

The economic and financial crisis hasn’t been too friendly for Mazarron. So everybody is very excited about the new airport near Corvera that finally has been approved by the regional government of Murcia. An estimated 14 to 15 million tourists a year would be able to use this new facility. It would become a serious competitor for the airport of Alicante and the airport of Murcia-San Javier.

There are several concerns though that might hamper the prospects of the new airport from the point of view of Mazarron. Mazarron has very little to offer tourists. Puerto de Mazarron and bordering coastal villages such as Azohia, Bahia, Bolnuevo, and Isla Plana, have some nice beaches and boulevards. But the hotel and apartment capacity is very limited. Most apartments are in use by the owners, to spend their summer holidays.

There is no attraction park, such as Terra Mitica near Benidorm. Nature lovers will prefer a short stay in the Parque Natural de la Sierra de Espuña, on their way to the more challenging Parque National de Cazorla y Sierra de la Seguras. There are no interesting religious sights to visit. The most important historical artefact, a reasonably intact Fenician ship that was found in the sea in front of the beach of Bahia, can be seen in the maritime museum in Cartagena.

Since we enjoy our visits to excavation sites of Roman antiquities, such as Bolonía, Empurias and Mérida – which sites are popular tourist attractions -, we are very keen on new challenges. So we were surprised today, on our way to Mazarron, to discover a site of Roman mines. The chimneys you can see on the picture mark this site. These chimneys though, probably are from later eras. We don’t know yet because we didn’t visit the site. But could this be the attraction that will concur the hearts of the millions of tourists that the citizens of Mazarron so urgently crave for? Next time, when we actually go up there, we’ll let you know.