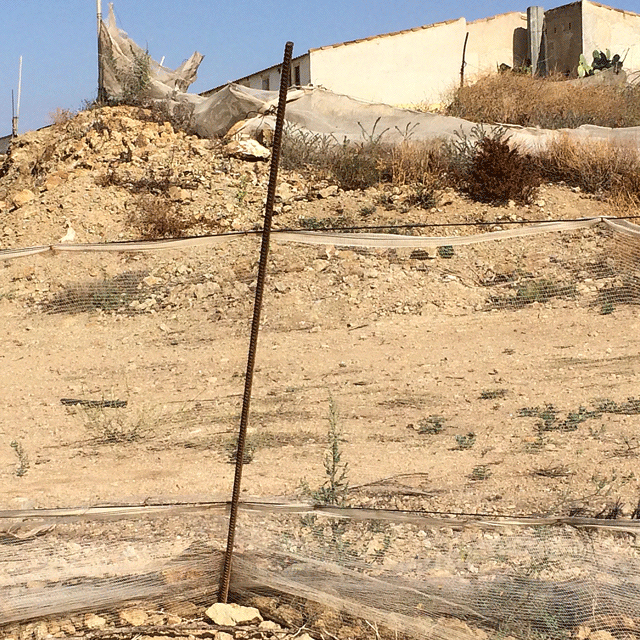 The use of these poles and the plastic curtain are much debated and even contested in the world of achaeologists. Anyway, this site survived many decades and will probably survive many more to come.

The most interesting feature in this picture though is what you can not see, but smell the more. It’s the pigsty in the top of the picture. Open windows spread the sharp odour of pigshit.

It took me some time to recollect that this odour was so familiar to me, because in Holland where we used to live it smelled like that all day outside in the open air. ‘Home is where the smell is’.