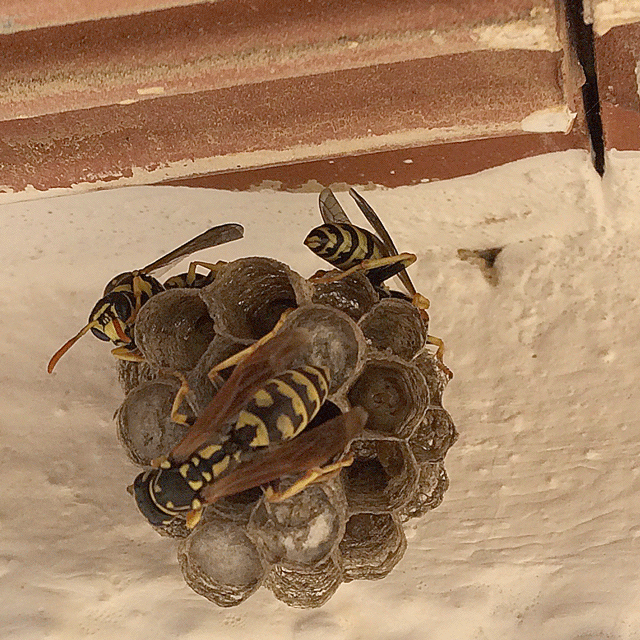 The last couple of years I used to organize colleges for city council clerks at the university in Amsterdam. During one of the colleges the ‘age of speciation’ of humans came up: ‘roughly 300.000 years ago.’ One of the clerks countered this. According to his believe it could only have been between 5.000 to 6.000 years before the birth of Jesus, when ‘his father’ created the world. From the profesor who gave the lecture, this elicited the remark: “I only conduct science.”

Studying the ingenious architecture of the wasps in this picture I wondered how old this species is. Thanks to Wikipedia, I discovered that “Fig wasps with modern anatomical features first appeared in the Lower Cretaceous of the Crato Formation in Brazil, some 65 million years before the first fig trees.” But fossil records date early families of this fig wasp some 247 to 252 million years ago.