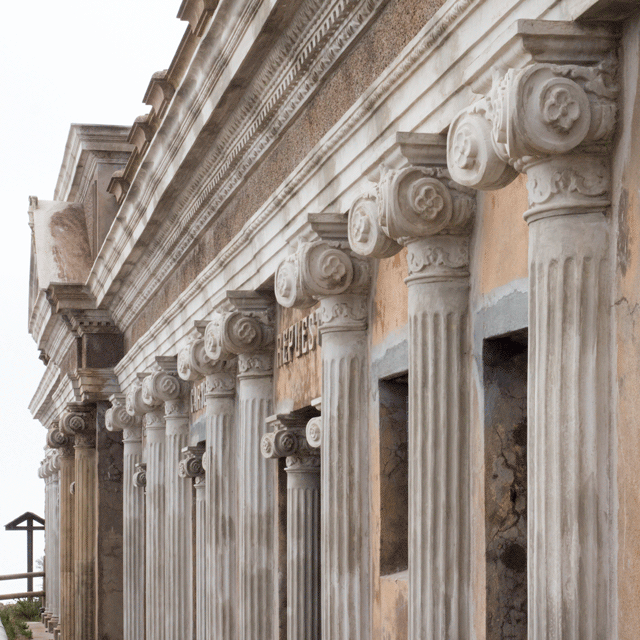 Most classical buildings date back to the Classic Antiquity, the Renaissance or the 19th century eclectic revival. However, although you wouldn’t guess it, this building is not even a hundred years old. The construction started in 1933.

The function is also hard to figure out without context: it’s an army barrack. They stored bullets here. Not the little ones, but the ones suited for the big canons weighing almost a ton.

The buildings lived through the Spanish Civil War and the Second World War by simply looking terrifying. Obviously that was sufficient enough and not a shot has been fired.

Today was our third guided tour with the tourist agency. We almost made it to our 10.000 steps! Again we were lucky. It rained when we left the meeting point in our caravan of 11 cars, but once out of the car and walking the Batería militar de Castillitos we hardly had a drop and even some sunshine.

The buildings appeal more to the general imagination, but what we liked the most was the smell of all the different herbs. Unfortunately I forgot all the Spanish names the guide was teaching us. Again something for my bucket list: learning to recognize the plants.