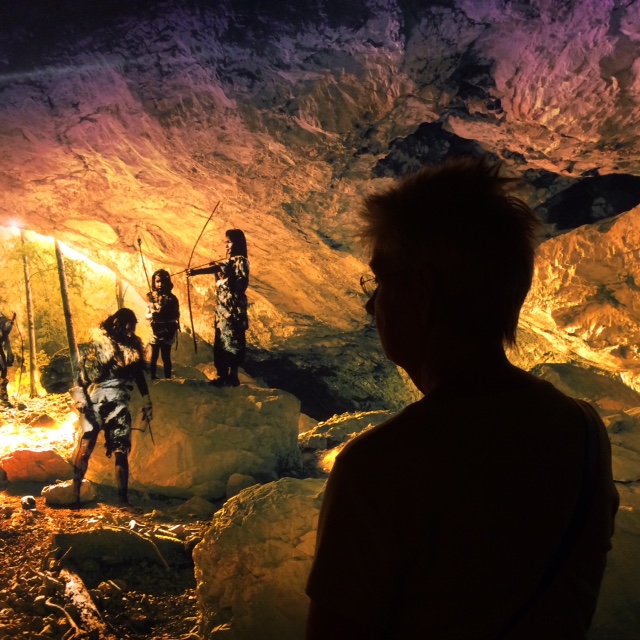 Today was a day which was dedicated to archeology. This picture is taken in the Museo Arceológico de Alicante. There is a special exhibition called Rupestre. It’s about cave art.

From the Neolithic era (5000-4000 BC) to a couple of thousand years BC cave art used to develop from figurative to abstract. A development that repeated itself during the twentieth century in painting and sculpture.

The second archeologic experience was the Parque arqueológico La Alcúdia. La Alcúdia is arabic for hill. This hill is assumed to be the cradle of present-day city of Elche. This archeological site houses the remains of several different eras from the Neolithic period until the beginning of the Islamic century (8th century). On this site the world famous Lady of Elche was found.

This was a day well spend and for the first time in our lives we were allowed to pay an entrance fee as senior citizens. Although this produces mixed feelings.