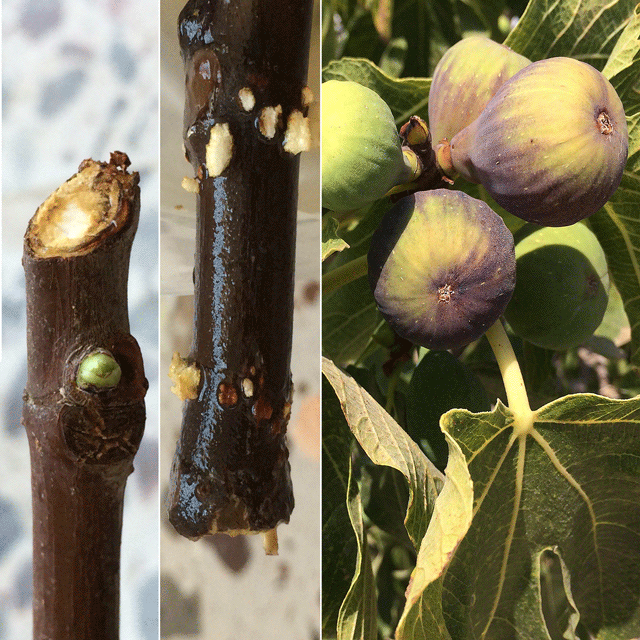 I am trying to grow plants. The avocado took about 3 months before I could put that in the soil. By the way, that one is thriving now. It has several leaves and looks very healthy.

The succulents were easy, which I expected. They had roots within a week.

So now I tried some branches of the fig tree. According to the information I found on the internet it shouldn’t be too hard, but I had expected a long time before any roots would show up. If ever.

How big is my surprise that those branches too have roots within a week. And even a little new bud on the end of the branch. Wow.

The information also stated that the chance to a fruit bearing tree is very little (!), so probably we won’t get a result as the mother tree shows at the moment. But I don’t care, I have fun with the process now and will worry about the fruits later.