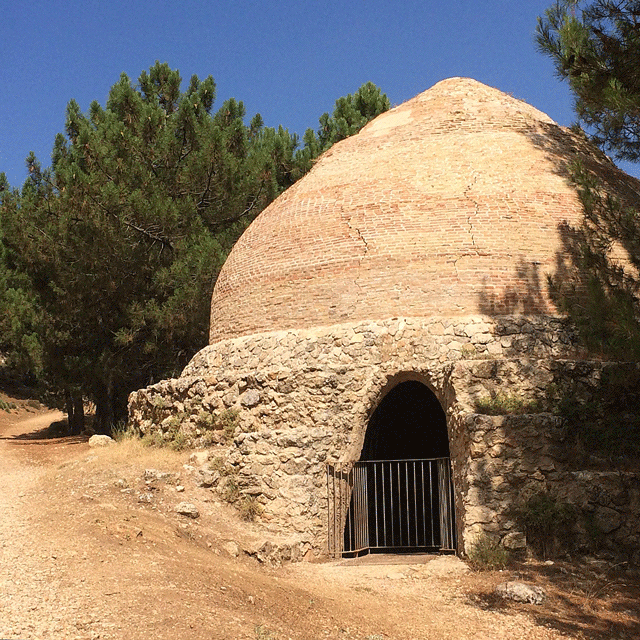 This is a pozo. It’s a pit where they used to produce ice during the winter. This pozo is one out of five we saw today at an altitude of 1400 meters near the highest mountain of the Parque Regional Sierra Espuña: the Morrón de Espuña (1583 meters).

In winter men from the surrounding villages came up the mountain to collect snow in the pozos and stamp it so it would turn into ice. This pozo is about ten meters deep. In the month of May the men cut the ice out of the pozos and transported it with mules and donkeys to the harbor city of Cartagena. There lived the people who were rich enough to pay for such a luxury in the hot summer months.

We found the pozos by accident because we were actually looking for the visitor center of the park. But we took the wrong turn and ended up the parking where the Pedro López hike starts. It’s a hike of 16 kilometers which takes about 5 hours. It goes 635 meters up and comes the same distance down. We only walked 1,35 kilometers of the route.

Going back, we took the right turn and ended up at the visitors center, where they have an interesting exhibition about the park. The park ranger who helped us handed us some copies of alternative routes we can walk the next time. Which we definitely will do. If only for the five to ten degrees the air is cooler on the mountain than here by the seaside. Although even a short walk across the mountain slopes will get you sweating.