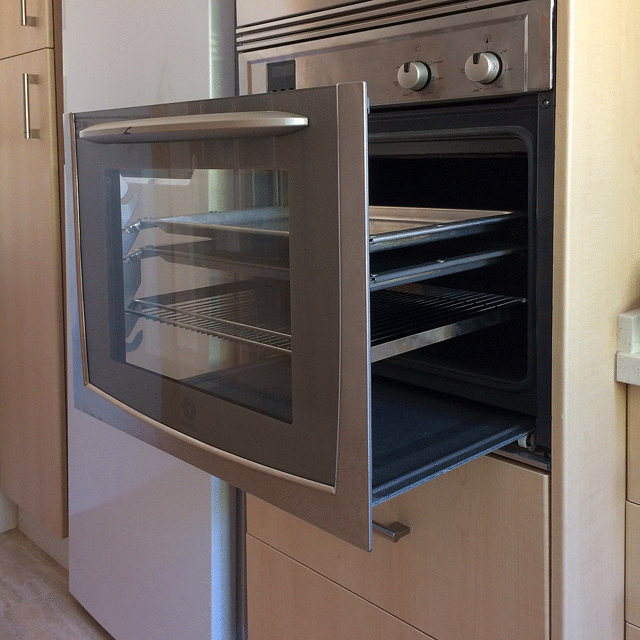 The ‘new’ from the heading of this blog doesn’t refer to the fact that this oven is new. We thought it to be broken, but we were wrong. I’ll get to that next.

The ‘new’ refers to the fact that every other house we lived in these past months has a different oven. Different meaning, different to operate. This one has a feature we didn’t encounter before though. To be honest, I’ve never seen such an oven my entire life.

The visor doesn’t come down. Like most visors do. It comes ‘out’ together with the baking tray which is in use at that moment. This is highly inconvenient because it makes it rather impossible to get the baking tray out of the oven. I never the less was able to bake a very tasteful cake (you can find the recipe here).

Now he started an entirely new diagnosis. And found out that the fuse was broken. He changed the fuse, turned on the oven and it worked, the electricity didn’t went off. Hence, I could bake my cake.