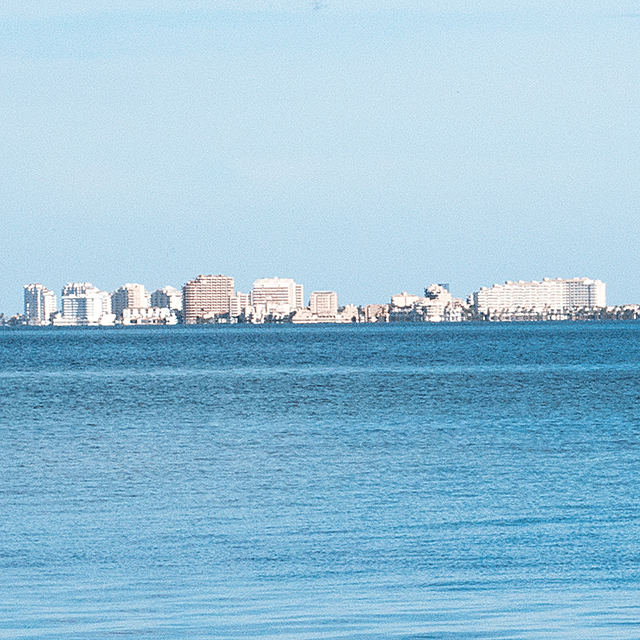 There are 3 areas in Spain I don’t like at all. Benidorm, Torremolinos and La Manga. Mainly because of all the high apartment buildings. And also because I don’t like the amount of Dutch stores and restaurants.

My parents used to hibernate in Benidorm, so I know the place pretty well. And I have seen it being developed from a busy place to a fully packed “Las Vegas on the Costa Blanca”.

A few months ago a real estate agent told us we should have a look at La Manga. The houses are cheap and beautiful, she said. We drove through the peninsula of Mar Menor where it’s build on and absolutely hated it.

Last week another real estate agent told us we should see the other side of Mar Menor, because it was better than La Manga. And the houses are cheap and beautiful.

Even though we suspected it to be the same disillusion, we faithfully went to visit the west coast of Mar Menor. And the above view is what we saw. La Manga! Polluting the horizon. How can someone say it’s better than La Manga, I have no idea.

So we’ll keep on searching a house, but not in that area.