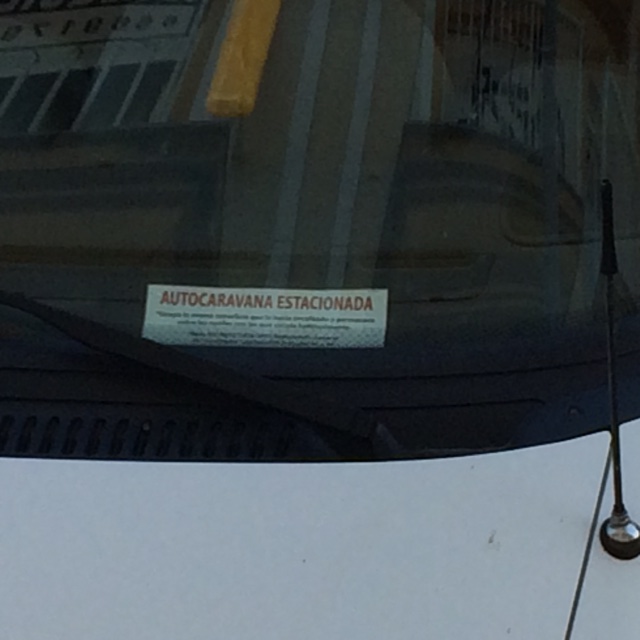 You never expect it, but when it happens it’s always a surprise: a camper parks in front of your house. The driver and his passenger turn around in their swivel seats and disappear in the back. The top hatches open up and after 15 minutes they reappear, wearing a complete set of new clothes. They open the doors and walk out.

After half an hour they return with their hands full of plastic bags (not much environmental consciousness). Aha, so they went shopping. They enter the camper from the side door and disappear again.

But now, after a few more minutes, the couple take their swivel seats again, the engine is fired and slowly the camper moves backward and off they go. No sleep-over under our window. Not that we would mind much. When you’re asleep, you’re asleep.

But some political parties here in the neigborhood have complained with the ayuntamiento about the abuse of the landscape and the seaviews by the abundance of campers. Indeed they can be found everywhere. You can say that they are a real plague.

It is for the first time though that we saw this sign under the front window of a camper: autocaravana estacionada. It means that the camper was parked. Well we was smart enough to notice that. But they probably wanted to indicate that the camper was only used for parking and not for sleeping. We learn new things everyday.