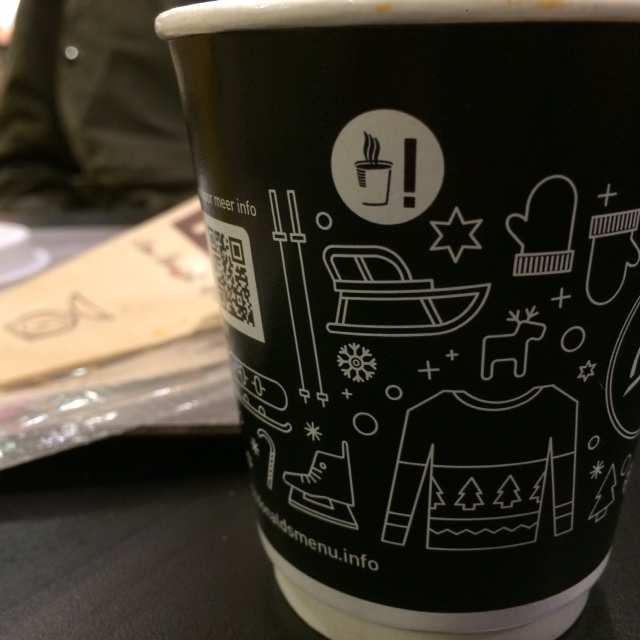 Fortunately this is a papercup. Because otherwise it would never have given me the Merry Christmas Feeling. Which I never have, but that’s another story.

At present Sinterklaas is a highly controversial event in Holland. That’s because he has a Black Piet who features like Sinterklaas help. The story of the Black Piet is that he started to be Sinterklaas’s help in the Middle Ages when he still was a slave. Although most modern Black Piet’s are just painted white labour ‘slaves’, this old slave business still warms a lot of the hearts of the remnants of the Black Slave Piet. They oppose the existance of the Black Piet as part of a celebration.

In honor of the 40 million slaves that still wonder around in this modern world it’s admirable that people still support their slave’ relatives from the Middle Ages. Before I forget, lets not make an issue of the black paper cup. Because there is not any relation. For those that still cherish, have some nice days.