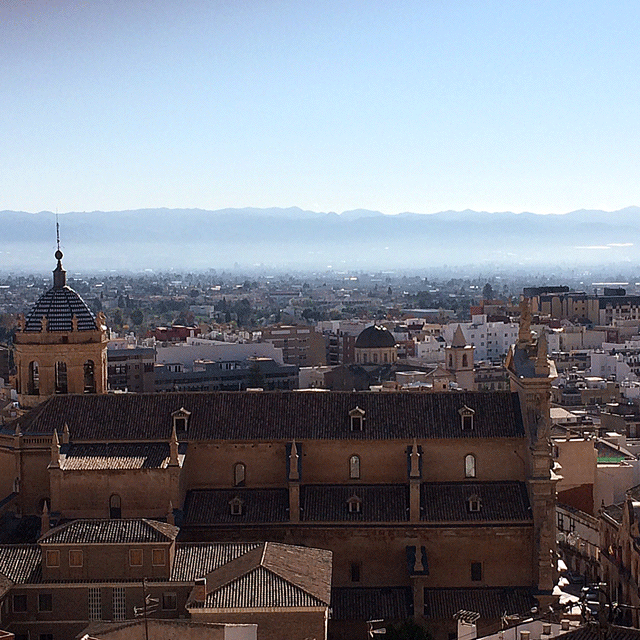 This is Lorca. Almost 100.000 people live here. We’ve been there once before during the feria at the end of September. The old city is nice to walk through with small streets and high Renaissance buildings.

But that’s not what this picture is about. It’s about the haze that is to be seen just under the mountains at the horizon. In the picture the haze is white, but most of the time it’s brown. This doesn’t look good and originates from several sources:

Although we hope the wind will soon settle in again, a change of winds will also announce a change in the weather. If this will be for the better, is an open question.