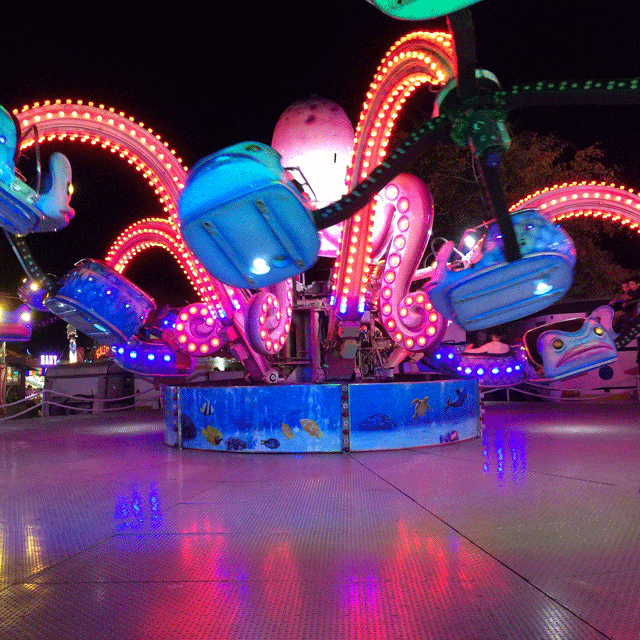 We once took our grandchildren to the fair. It was a walk of about 20 minutes so we bribed them by promising a sorpresa (a surprise). Unfortunately the fair wasn’t due until five o’clock and we arrived at four. It took some persuasion and two bouncing balls to make the dissapointment go off the boys faces.

Our timing was a miscalculation that derived from our Dutch experience. In Holland fairs start at one in the afternoon and end around midnight. Here they start at 12:00 hours, end at 14:00 hours, and start again at 17:00 hours. If you’re lucky.

Today we arrived at the fair at 17:45 hours and exerienced a déjà vu. Nothing was happening. A few parents with their kids strolled between utterly silent attractions. So we decided to walk to the city center, to arrive there just in time to see Eulalia disappear in the church again. After she was feasted with fireworks that made all present deaf for at least the rest of the night.

That indeed was our luck, because when we arrived at the fair again – we just wanted to be sure the fair actually was genuine – the cacophony of the music from the various attractions sounded like balm to our ears. It was an interesting way to get to know our new hometown. We’re in it for more.