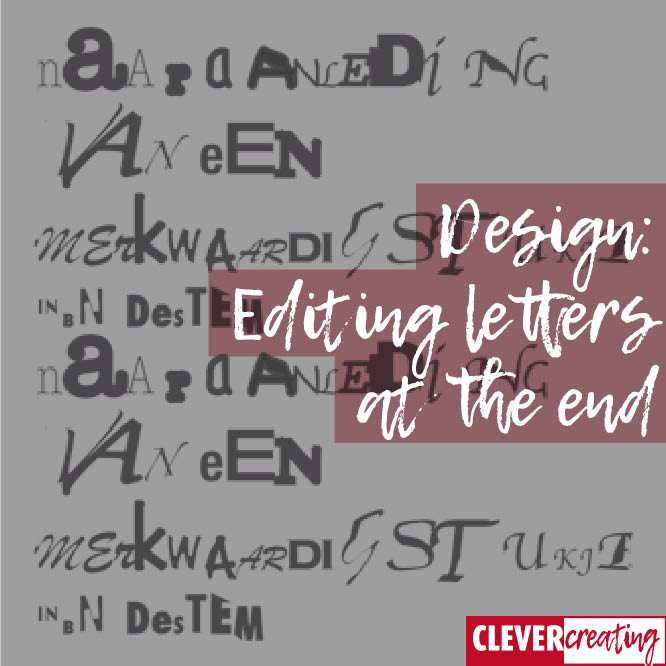 Years ago, a director of the Dutch company Hero ordered two alphabets, one in bold, one in lowercase letters, that would seamlessly blend with the design of the logotype. Of course, the texts in those new letters were absolutely illegible.
Have a look at the piece of text that HW Lohman made for his guest blog to see what I mean.
An ordinary letter is called the ‘normal’ version of an alphabet for a reason!

The illegibility was alarming, even more damaging was the effect on the logo. The bombardment of similar letters let thefour distinctive letters completely lose their strength and character.

If I had been in that designer’s shoes, I would have refused the assignment. Unfortunately, not every client appreciates such behavior from a designer. So this attitude can be bad for your wallet in two ways: you are missing that specific job and you are likely to lose the customer. Or as one of my clients told me the other day: principles are not making you rich. 🙂

Somehow, a logo should be distinctive. As soon as there is too much ‘noise’ surrounding it, the value diminishes.
I made this logo for the SPD (Sociaal Pedagogische Dienst, a Dutch organization) years ago. Soon after the introduction, one of the departments of the SPD wanted to have a logo of their own and asked another designer to make it. Unfortunately I do not have an example to show, but I was completely shattered when I saw it.

Grrr, I hate it when designers don’t know what they are doing. I love my profession so much that I can’t stand botch.

Notice what you see The other logo also had three letters and an alternation between positive and negative letters. So far so good. But the spacing was awful and the endings of the various parts were not altered.
When I design, I take into account different circumstances. A logo should fit a truck or a big billboard. And reduced to the size of a ballpoint pen. It is bound to be copied or scanned. A logotype must endure it all. A good designed logotype can handle it!

The thing with digital design is that if the ending is too sharp you will never know where it ends up when resizing the form (blue example).
The SPD logo has 11 spots where it could go wrong! I have marked one in the example. I pay extra attention to such an ending by making it blunt, so that in each enlargement and reduction it stays in the same place.

Designing on the square millimeter

I often state my profession is designing on the square millimeter. And of course I know it doesn’t solve that world food problems, but still this is one of the nicest parts of my job.
Can you relate to that or do you think it’s nonsense? Please let me know in the commentbox below.