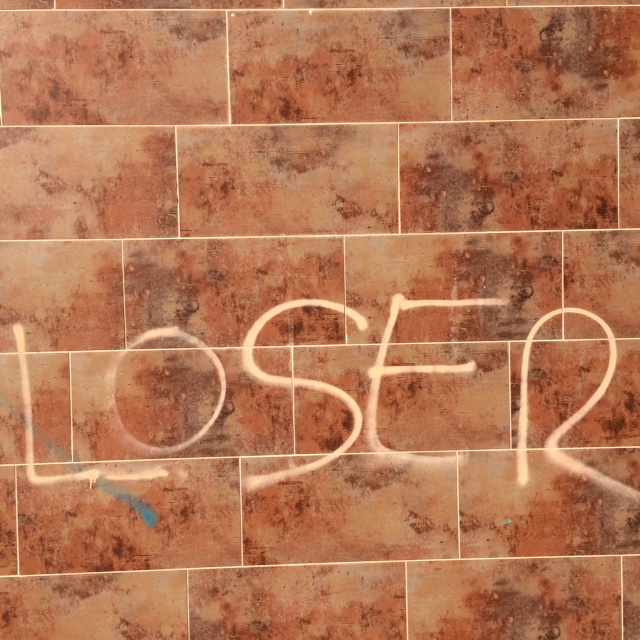 Yesterday at 11:13, I received a ‘no-conteste-a-esta-direccion@correo.gob.es’-email. This official email from the Spanish Government confirmed that I had an appointment (‘cita previa’) at 10:15 hours at the Policia National on January 5th in Motril to apply for a NIE-number. When we went there for the first time, they said we had to make an appointment through the internet. I was very surprised this succeeded and that I received the email confirming the appointment.

So at 10:00 hours on the 5th we arrived in our best outfit at the office of the Policia National in Motril. However polite the gentleman at the counter was and however obvious the email I showed him which confirmed the appointment, the answer was ‘No. For a NIE-number you can only apply on monday. Not today.’ All in Spanish of course, because public servants in Spain do not speak any other language but Spanish.

Returning from the office of the Policia Nacional, Hannie noticed the word ‘loser’ sprayed on the wall of the entrance to the car park. The question is who is the biggest ‘loser’, the underperforming bureaucracy or the citizens who drown in it. By the way, until now nobody called or emailed me yet to ask me why I had failed my 10:15 appointment.

Tomorrow I will try to make a new appointment through the internet. For next monday. I will keep you posted.