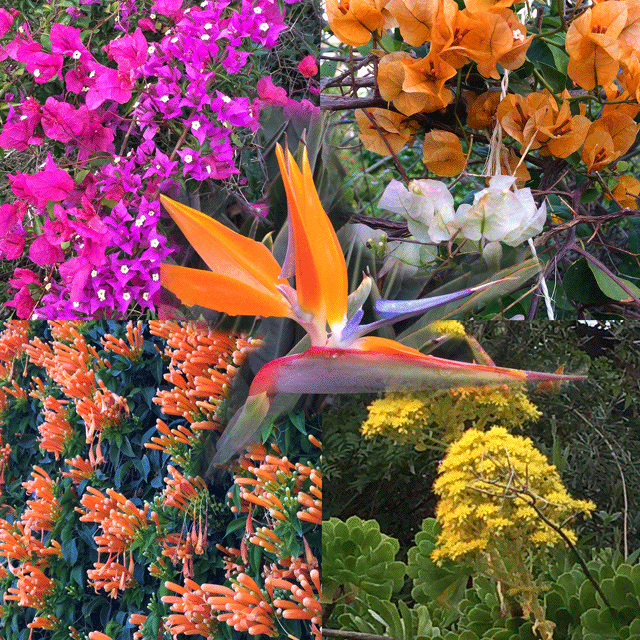 Its surprising how colourful january is in such a mild climate as the south of Spain. In cities public parks are filled with flowers. Which take quite some maintenance. Many cities have botanic gardens. The one in Valencia is the most beautiful we have visited so far in Spain. But even Almuñécar has a botanic garden. Next to an excavation of a Roman factory where they used to salt fish.

In the wild a variety of colours also meets the eye. In some areas the almondtrees blossom already.

We saw the flowers in the picture on the way up from the boulevard to our cabin. Unfortunately we know very little of plants and flowers. So we can’t tell which kind of flowers you see. Can you tell us?