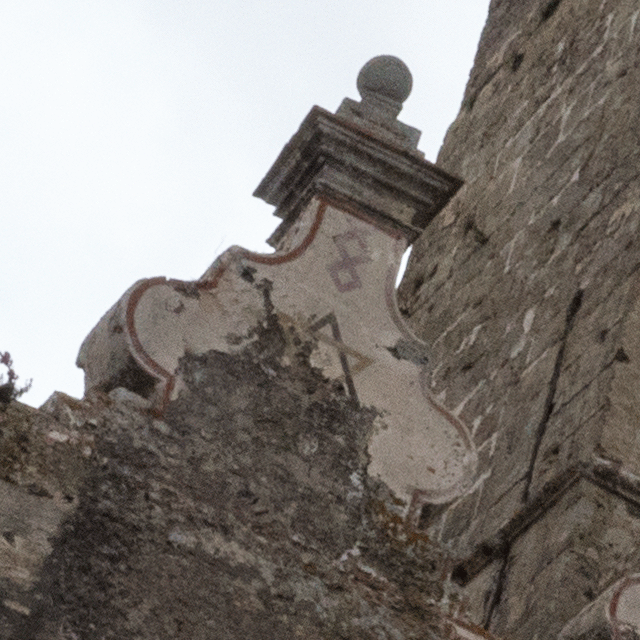 One of the more renowned encounters with a Spanish monument, was our first visit to The Mezquita in Córdoba. There was no entrance fee. Which surprised us. But soon it became clear why we could enter for free. Inside the mezquita (a mosque) a catholic mass was performed. With the prayers and music electronically enhanced. The two, an islamic monument and a catholic mass, did not match.

In Spain you can be cast into doubt regarding the origins of a religious building you visit. Like today in Vejer de la Frontera. The building in the picture is called the Iglesia Parroquial del Divino Salvador (roughly translated as the ‘parochial church of the holy savior’). In the, rather summarily, descriptions it’s depicted as a Gótico Mudéjar basilica from the 16th century, which has been build on top of a mezquita.

Although this must instantly be apparent for the specialist, I did not see any difference with a regular catholic church in Spain. What striked me though was the jewish star on the wall of a tower which contains one of the entrances into the building. Turning around I saw a sign which directed to the Barrio de la Juderia (the jewish quarter). Could it be that this also had been a synagogue? No answer came from the internet!