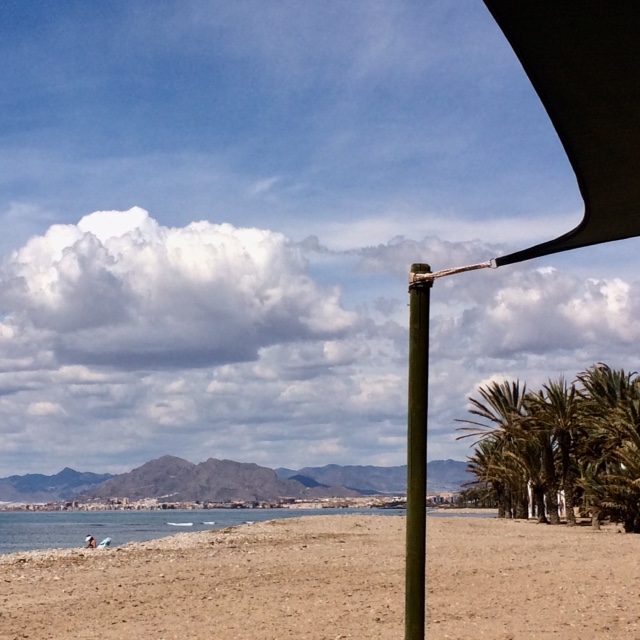 Today, the weather forecast predicted rain from 13:00 hours. So we decided to go for a walk in the morning along the coast from Isla Plana to La Azohia and back.

When we started the sun was shining and there were hardly any clouds in the sky. Since the first of May is a holiday in Spain, it was rather busy. On the walking path and on the beach.

However, busy has quite a different connotation in Spain. Already some 10 years ago we walked, on the 25th of December, on the boulevard of Benidorm and there you could walk on the heads. Which is a Dutch expression, meaning that it was really crowded. And in Spain, even that is not busy.

After the first stretch of our walk we sat down on the terrace of a chiringuito. As you can see on the picture, from there we saw the clouds closing in on the beach. By that time it was 13:00 hours and we still had to walk back.

However, no rain was forthcoming on the way back. The first ten drops came down on the car when we drove home at about 14:15 hours. They also appeared to be the last ten drops. It hasn’t been raining since.