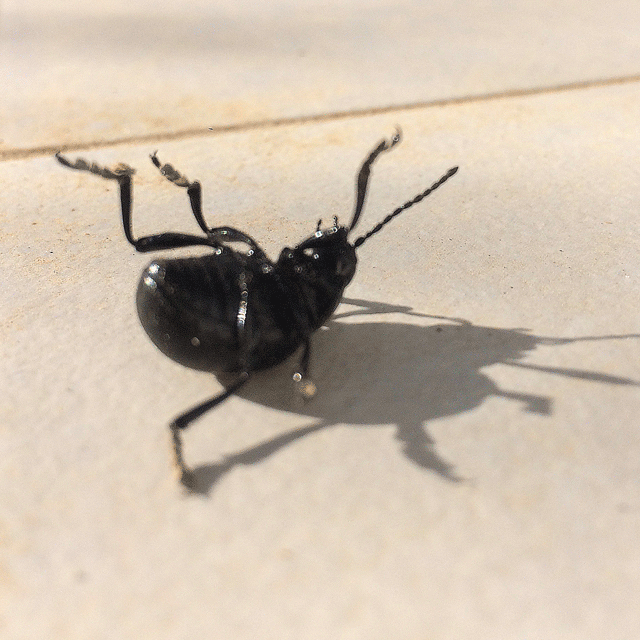 This is a ground beetle, from the family of the carabidae. This is a family of beetles with worldwide over 40.000 different species.

Why is it on his or hers back? Because it’s a ground beetle. It’s supposed to stay on the ground. But for some unspecified reason they climb straight up the wall of the house. After some distance, we suppose, the legs don’t support the body anymore and gravity pulls the beetle back to the ground. Often landing it on its back.

Since the back of this beetle is round and big and the legs are long and very slim, even after numerous attempts the beetle is usually not able te get on his feet again. Getting tired of wriggling, most beetles give in and pass away. The next morning their bodies are gone. Where we don’t know.