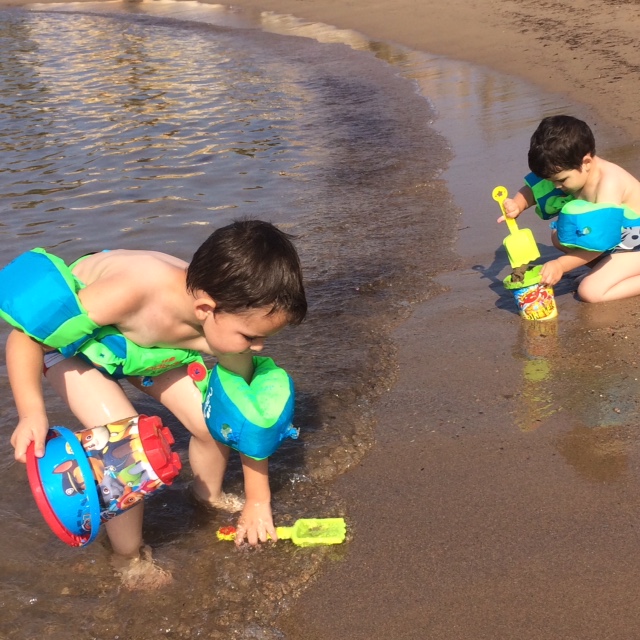 With an outfit that prevents them from getting any further under water than their chest and with their buckets, scoops, sieves, rakes and wheelbarrows they finally arrived a la playa, at the beach.

We picked a spot with shallow deep water and low waves. They were shy from the water in the beginning, but at the end, as real Dutch kids, they ran in and out of the water to build their dykes and canals. They were very proud of themselves.

After two hours we decided it was enough. The sun was burning a new hole in the ozon layer, so to prevent them and ourselves from getting red, we called it a beach day and went home. Only to dive in the swimming pool again by the end of the day. And oh, were they tired!!!