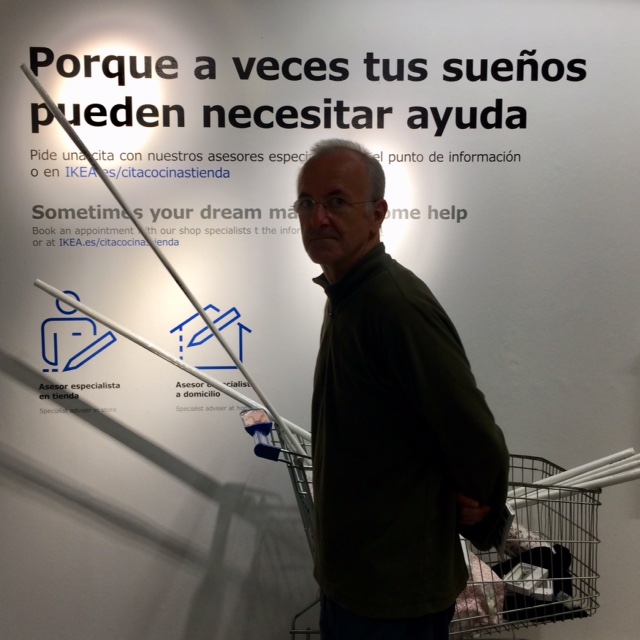 Because sometimes your dreams need a little help: Porque a veces tus sueños pueden necesitar ayuda. This is IKEA in Murcia.

The traffic around the shop was a total mess. Inside the traffic was even worse. But that happens when it’s a rainy saturday and everybody is trying to make something out of such a day. Fortunately for everybody this shop looks exactly the same as the one where we used to live.

The shopping cart isn’t ours though. Already in Holland I called this wharehouse IKKENEE. This can roughly be translated as: ‘ME NOT’. Because in Dutch ‘IK’ is ‘me’ and EA can be read as ‘ja’ in Dutch, which is ‘yes’ in English. IKEA = IKKENEE = ME NOT (buy there anything).

Again we didn’t buy anything. Maybe next time. Who knows.