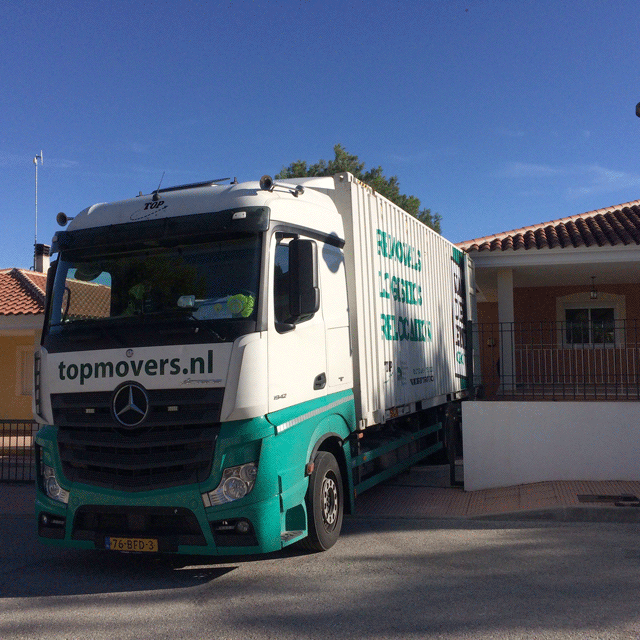 The house is ours as of yesterday and already the truck arrived with our stuff. Aren’t we the lucky ones.

We didn’t like the house we had rented this month but the main advantage of that fact was that because of that we decided to go to Holland to arrange for our move before we had signed the contract. And good thing we did, because it turned out that no mover had time in December.

So last week they loaded our stuff into the container. And today they arrived for the unloading.

Unfortunately more is broken or even missing than we wanted or expected, but nothing to be done about that. We think. Because we do have an insurance, but as you know most of the times when it comes to paying they are not at home. We’ll see what happens.

A lot of work ahead. We don’t have a deadline this time, so we’ll do it paso a paso.